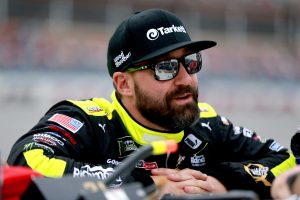 SANDUSKY, Ohio (May 17, 2021) – ThorSport Racing announces that it will field a fifth truck with Paul Menard behind the wheel of the No. 66 Mattei Tundra for the NASCAR Camping World Truck Series race at Circuit of the Americas (COTA).

“I appreciate Duke and Rhonda giving me this opportunity to get back into a truck, while working with Bud Haefele again. COTA is a new track for the series and one that I have never been to before, so we’ll all be on relatively equal footing. I’ll have 50 minutes to learn the track and knock the rust off and am certainly looking forward to the challenge of trying to add my name to the list of winners in all three national series,” said Menard.

Menard began competing in NASCAR’s three national series in 2003. He has previously made six Camping World Truck Series starts, 220 Xfinity Series appearances, and raced in the NASCAR Cup Series from 2003 to 2019.

Ing. Enea Mattei S.p.A is a global manufacturer of the most advanced compressor solutions in the Industrial, Mobility, Oil & Gas and Renewable Energy Sectors. Its proprietary rotary vane technology gives compressor users around the world access to an alternative technology that goes above and beyond their expectations in terms of energy efficiency, reliability, and customizability.

Compressors are very energy-intensive machines, so you have to work where you can to improve their performance in order to make them more energy efficient. Replacing all traditional compressors with our vane compressors would result in a significant reduction in electricity consumption, with a consequent net reduction in CO2 emissions. For more information visit, https://www.matteigroup.com.

Catch all of the racing action from COTA, Saturday, May 22, at 1 p.m. ET on FOX Sports 1 (FS1). Additional coverage can be found via the Motor Racing Network (MRN) and SiriusXM Channel 90.

ABOUT MATTEI
Ing. Enea Mattei SpA designs, manufactures, and sells rotary vane compressors featuring innovative and patented technologies that continue to make the company a point of reference in the field of compressed air worldwide. Mattei is headquartered in Milan, Italy, and has subsidiaries in the United States, China, France, Germany, and Great Britain and, representative offices in Russia, Spain and Singapore and numerous business partners throughout the rest of the world. Founded in 1919, Mattei remains a family-owned business.