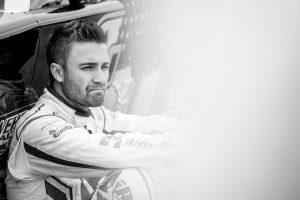 “I’m extremely thankful for this opportunity here at ThorSport Racing and I’m ready to make the most of it. I’ve been hands on working at the shop for the last couple months and I’m going to be as prepared as I possibly can be. I know Bud (Haefele) and the guys on the team will put a great truck underneath me. I can’t wait to head to Charlotte and get to work.”

The late model racing star resume is extensive and became even longer when he became the first driver in the 45-year history of the Rattler 250 to have won the Super Late Model race four times when he captured the win this past year at the South Alabama Speedway. He went into the race weekend as the defending champion and also won the race in 2016 and 2017.

In 2019, he competed in six ARCA Racing Menards Series events where he went on to win at Charlotte Motor Speedway, Pocono Raceway, and Chicagoland Speedway in addition to six top-five and six top-10 finishes, and 112 laps led.

Catch all of the racing action from Charlotte, Saturday, May 28, at 8:30 p.m. ET on FOX Sports 1 (FS1). Additional coverage can be found via the Motor Racing Network (MRN) and SiriusXM Channel 90.