ThorSport Racing offers one of the most diverse, effective and value-laden motorsports marketing platforms in the NASCAR Gander Outdoors Truck Series today, emphasized by the record-breaking, back-to-back drivers’ championships by Matt Crafton (2013, 2014).

A cornerstone team in the Truck Series, ThorSport Racing has a track record of success that includes Keystone Light Pole Award winners, Sunoco Rookie of the Year Award winners, consistent top-10 race performances and a familiar spot inside the top-10 in the NGROTS’s standings — not to mention winning three of the four championships the team contested in 2013 in NASCAR and the ARCA Racing Series presented by Menards, as well as the 2014 NGROTS drivers’ championship.

ThorSport Racing offers an array of sponsorship opportunities from primary-level to associate-level. Packages may include premium business-to-business or retail-partnership programs. No matter the size or scope of the program, ThorSport Racing will deliver definitive return on investment to your company in the marketplace.

A NASCAR Gander RV & Outdoors Truck Series sponsorship with ThorSport Racing is available at a mere fraction of the cost of similar sponsorship in NASCAR’s other upper-echelon series, yet delivers identical maximum marketing punch. After all, the overwhelming majority of NGOTS races take place at the same tracks, in the same markets, on the same weekends as the other series, thus allowing you an opportunity to entrench your brand in the buying minds of the masses of NASCAR Nation.

ThorSport Racing’s marketing team welcomes discussion with you about how our sponsorship programs may be tailored to your unique marketing needs. 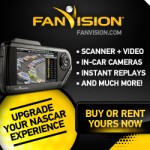