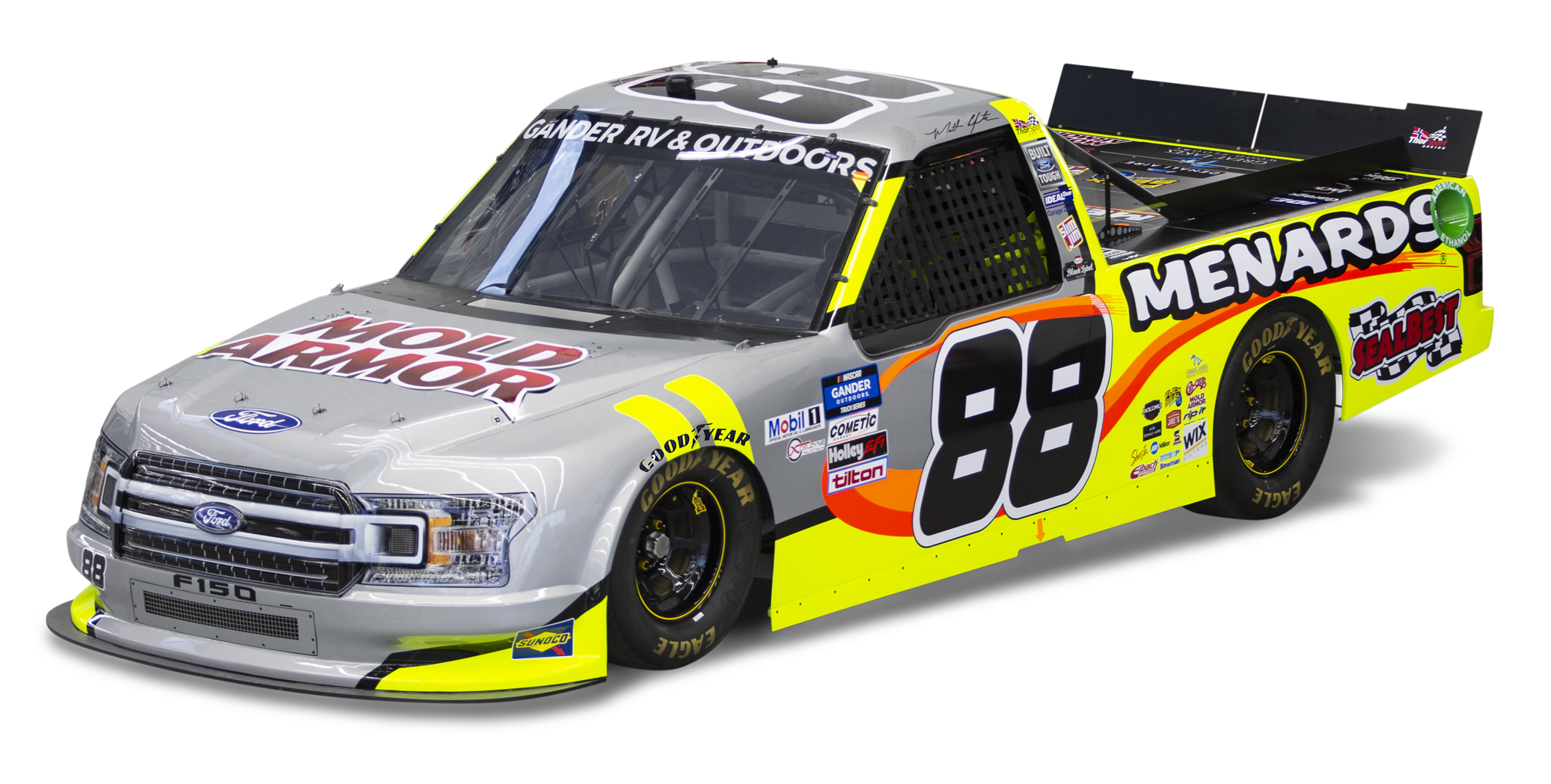 Matt Crafton enters the 2020 NASCAR Gander RV & Outdoors Truck Series season as the reigning champion of the series and welcomes Mold Armor onboard of the No. 88 Ford F-150.

In 19 Gander Outdoors Truck Series Daytona starts, Crafton earned a series track-best finish of fifth in 2019 and 2010 in addition to averaging a 16.1 start at the track

ThorSport Racing is celebrating 25 years in the Gander RV & Outdoors Truck Series this season. In celebration, all four of the ThorSport Ford F-150’s will have a special silver paint scheme to commemorate the teams Silver Anniversary.

Since its inception, the Sandusky, Ohio-based team has tallied 12 consecutive seasons with at least one win in Gander Trucks and has wheeled to Victory Lane a total of 30 times in the series with Terry Cook, Matt Crafton, Johnny Sauter, Ben Rhodes, Grant Enfinger, and Chase Briscoe.

ThorSport Racing has a combined four driver’ championships — one in the ARCA Menards Series with 10-time champion Frank Kimmel and three in the Gander Trucks all with Matt Crafton.

Over the years, ThorSport has captured three Gander Trucks Rookie of the Year titles with Myatt Snider (2018), Johnny Sauter (2009), and Willie Allen (2007).

The top two drivers with the most consecutive starts in Gander Trucks history have been behind the wheel of a ThorSport truck. Active driver Matt Crafton, who currently holds the record with 453 starts, and Terry Cook with 296 starts who began his career at ThorSport Racing.